Posted on January 3, 2017 by Pierro Perspective 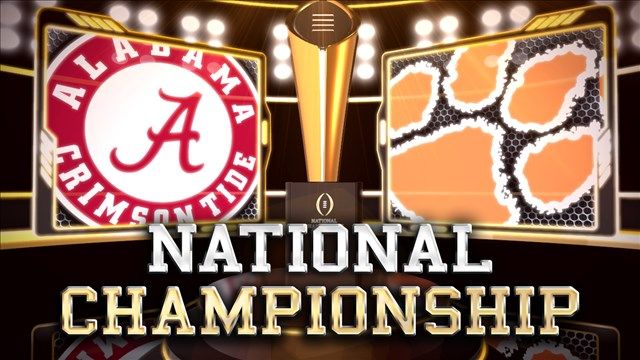 The rematch is set as Jalen Hurts and Alabama face off against Deshaun Watson and Clemson for the second straight year in the College Football Playoff National Championship. Clemson got off to a slow start early but hit their stride late as Deshaun Watson made a run at the Heisman trophy. The Tigers lone loss was to Pitt but they rolled to the ACC title including a big win against Louisville along the way. After steamrolling Ohio State in the Fiesta Bowl, Clemson has all the confidence they need to avenge last year’s 45-40 national championship loss. Meanwhile, Alabama destroyed USC to start the season and cruised to the SEC title and Peach Bowl behind rookie quarterback sensation Jalen Hurts and a legendary defense led by national defensive player of the year Jonathan Allen. A relatively easy win over Washington in the Peach bowl gave the Crimson Tide it’s second straight championship appearance.

Alabama has dominated all season long and is clearly the best team in the country this year. However, if there’s a team out there that can pull the upset, it’s the Clemson Tigers. Deshaun Watson thrives in the spotlight and has championship experience while coach Dabo Swinney has the brains to go to head to head with Nick Saban. I think Clemson’s defense can make enough plays to rattle Jalen Hurts and grab an early lead, which is critical to having any chance against Alabama. Deshaun Watson will make clutch plays down the stretch and the Tigers will play like the team that just wants to win it all a little bit more than the defending champs. Clemson defeats Alabama 31-30 and Watson wins the MVP as the ACC defeats the SEC to win it all for the second time in four years (FSU over Auburn, 2013).

Let me know what your prediction is in the comments down below!