Final Thoughts on the 2014 FIFA World Cup in Brazil 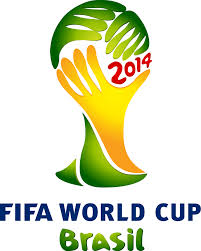 World Cup Fever has been raging across the world for the last month, with many exciting moments, big surprises, unlikely heroes, and an epic conclusion. From the perspective of someone who only tunes into soccer during big events such as the World Cup, here are my thoughts on everything that has happened in Brazil over the last month.

A collective groan was heard across the country in December after the United States found out what group they would be to start the World Cup. Nicknamed the Group of Death, Group G featured #2 ranked Germany, #4 ranked Portugal, and a Ghana team that had knocked the USA out of the last two World Cups. This was a group so tough, even coach Jurgen Klinnsman told US fans not to expect the United States to win. Controversy rose once again when one of the best players in United States history, Landon Donovan, was left completely off the roster.

Despite the odds being stacked against our country, many people, including me, still believed the USA had a chance.

And they did not disappoint.

The United States posted a 1-1-1 record in the group stage, with an even goal differential, and their only loss being a 1-0 contest against eventual champion Germany. They would fight to the bitter end in the knockout stage against Belgium, finally losing 2-1 in extra time despite an all time great performance from goalie Tim Howard. I watched this World Cup first as a United States fan, and second as a sports fan. I was proud of what my country was able to accomplish: Surviving the Group of Death, advancing to the knockout stage in back to back World Cups for the first time ever, being able to overcome adversity such as Clint Dempsey’s broken nose and Jozy Altidore’s leg injury, having everyone from star players to substitutes to the goalie give 100% effort at all times, and making it farther than Italy, England, and defending champion Spain. 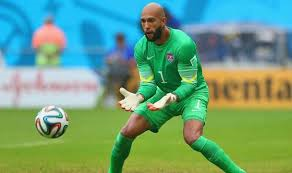 This was the second World Cup that I followed in depth, the previous one being the 2010 South Africa World Cup. I learned a lot more this time around and realized that this event was about far more than soccer, and that even non-soccer fans and non-sports fans can get excited and rally around their country for this event. I learned that the United States truly does care about soccer and that their programs are moving in the right direction. I was surprised at how many hardcore soccer fans there were here. The World Cup certainly brought out a lot of the bandwagoners along for the ride, but gave the true soccer fans a chance to get excited as well. I think the World Cup as a whole was very exciting this time. Whether it was powerhouses like Spain, Portugal, and Brazil getting eliminated shockingly early, underdogs such as the United States and Costa Rica advancing farther than anyone thought, witnessing the second highest scoring World Cup, a 95th minute World Cup saving goal, epic penalty kick shootouts, the biting incident, the final goal in extra time of the championship, or all of the mayhem surrounding Brazil in general, it was certainly a memorable 4 weeks.

I found the culture surrounding the World Cup very interesting as well. Copacabana beach and Rio de Janeiro were big party scenes during the event. Most people would vacation near a stadium, watch all the games of the teams that came through, and then party hard during the off days. Other than an overhead passing collapsing, I think Brazil ultimately was a success with no major crime reports or other infrastructure problems occurring, despite completing only 10 or so of a promised 52 projects for this World Cup. The biggest disappointment for me, other than the United States loss to Belgium, was the injury to Brazil superstar Neymar. I wasn’t particularly rooting for Brazil in general, either because I liked them or because they were the home team, but I think the semifinals and finals would have been a lot more interesting with one of the world’s best players playing in his home country. One of the biggest highlights for me was actually during the final day. Snapchat introduced a Rio Live 2014 account that gathered all the snapchats from Rio de Janeiro in Brazil during the final game. It was really cool to see the event through the eyes of the fans.

The World Cup returns in 2018 in Russia, but for now we are left to appreciate, celebrate, mourn, and take in what was an unbelievable spectacle this year in Brazil.